Hello, everyone. It’s me. I’ve been inactive for quite sometime, but I’m here to talk to you guys. I’m thinking of continuing the blog I started last year. I know a lot has changed from last year and my discontinuation of playing Poptropica (for various reasons) has effected the real purpose of the blog. So I’m asking you, fans, do you really want to continue?

Even though I stopped playing Poptropica, that doesn’t mean that I’m discontinuing the blog right? So I have some options for you to choose the topics to be discussed here:

1. Writing stories about Pop or others or both.
2. Discuss about other games (Minecraft, LoL etc.)
3. Club Penguin Gameplay.

Those are the things I may be able to do. Anyways, tell me in the comments section on what I may do with this blog.

Hey guys. Just wondering if you want me to continue the blog. Let me know in the comments bellow.

Hey guys I’m back. And Dr. hare’s gonna take over the world again. he’s gonna do it by: selling his Lego Toy! That’s right Dr. Hare has his own set of Legos. Here is a post on how he’s doing right now:

You have done well, my minions. Since we announced our LEGO CUUSOO project last week, many of you have done your part to help us reach the promised land of 10,000 supporters. There’s a long way to go, but as I write this post, we are just a few votes shy of our first major milestone: 1,000 supporters!

Can you help our project reach 1,000 supporters? Visit our LEGO CUUSOO project page now to cast your vote! Make this happen, and I might reconsider my plans to enslave you all.

(Remember, if you’re not 13 years old or older, you’ll need a parent to sign in on the CUUSOO page in order to support the project.)

Wow, 1,000 people like his set. He needs 9,000 more, wonder how he could pull that off. Plus he has his own wallpaper! Here’s what it looks like and the links to the downloads:

Well that’s it right now. So…

And that was a quote from the famous dude Daneboe. I like his vieos. Especially Annoying Orange. Well that’s all for now. SC out. 😀

Hey guys. Sorry for not posting for so long. Anyway, The creators are releasing a new island! It’s called:

Yup. Plus they even have the trailer. And they even released some members only items!

And here’s the trailer:

That’s all for now. SC out.

Get your own Chat Box! Go Large!

Hi guys and Happy New Year! I had a blast. Anyway, here are some 4 posts i missed out on. And here they are:

END_OF_DOCUMENT_TOKEN_TO_BE_REPLACED

Hi peeps. SC here and again I have not posted for so long. Anyway, here’s what’s been happening in Poptropica. END_OF_DOCUMENT_TOKEN_TO_BE_REPLACED 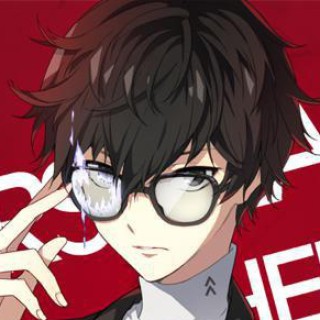 Now 12 years old. Likes to read novels like Harry Potter, The Hunger Games, Divergent etc. Is smart, intelligent, friendly, helpful and kind. I will try and help you with your problems in life (gives great advice). Likes to play LoL, Minecraft and CP.

Members of the MTFC

Made possible by Potter and CometCP

Now 12 years old. Likes to read novels like Harry Potter, The Hunger Games, Divergent etc. Is smart, intelligent, friendly, helpful and kind. I will try and help you with your problems in life (gives great advice). Likes to play LoL, Minecraft and CP.